I’m Aland and I started Reframe Wānanga after seeing how people using a Recovery College in London talked about how life changing it was for them. At Reframe Wānanga I am involved a lot in setting up the service and helping it to run smoothly.

Alongside lots of people that I know, I have experienced lots of distress and struggles in my life and out of this comes my passion for working in mental health. I trained as a Social Worker and have worked in mental health services, alcohol and drug, as well as in alternative health. When I’m not working, I love spending time with my family, going for walks, cooking, and playing the guitar.

‘The world doesn’t belong to leaders. The world belongs to all humanity’ – The Dalai Lama 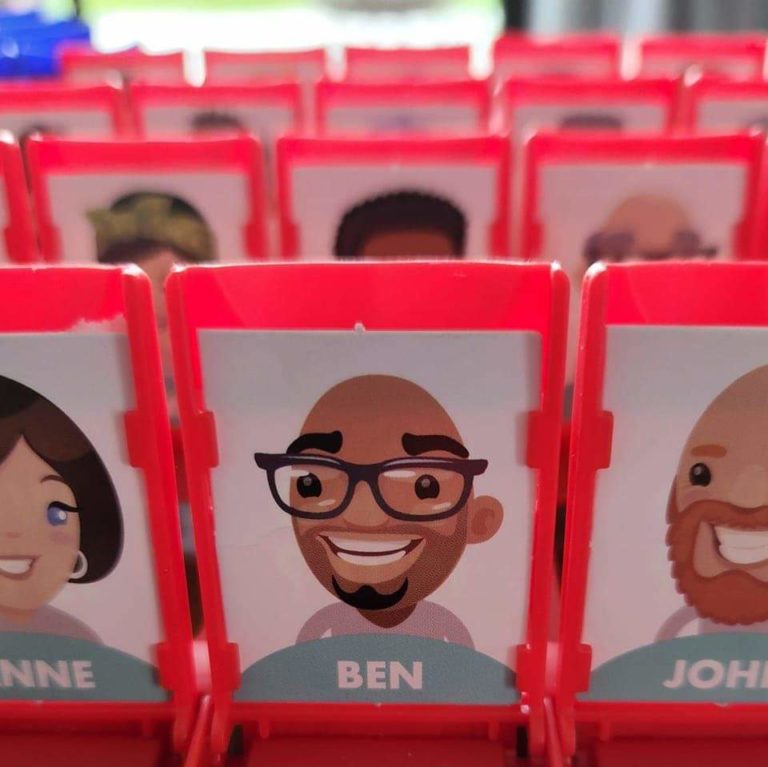 Hi, I’m Ben, and I am the co-ordinator for Reframe Wānanga. I will be facilitating a couple of courses and doing most of the background stuff. My experience comes from being a Secondary Teacher and working in mental health, but also taku haerenga (my journey) throughout my life. I am also a qualified chef, so I spend my time outside of Wānanga, cooking and feeding my family, spending as much time with my own kids as I can and going on big walks with them and my dog. I love sport, movies, video games and being creative, drawing and writing.

“Challenges are what make life interesting and overcoming them is what makes life meaningful.” – Joshua J. Marine 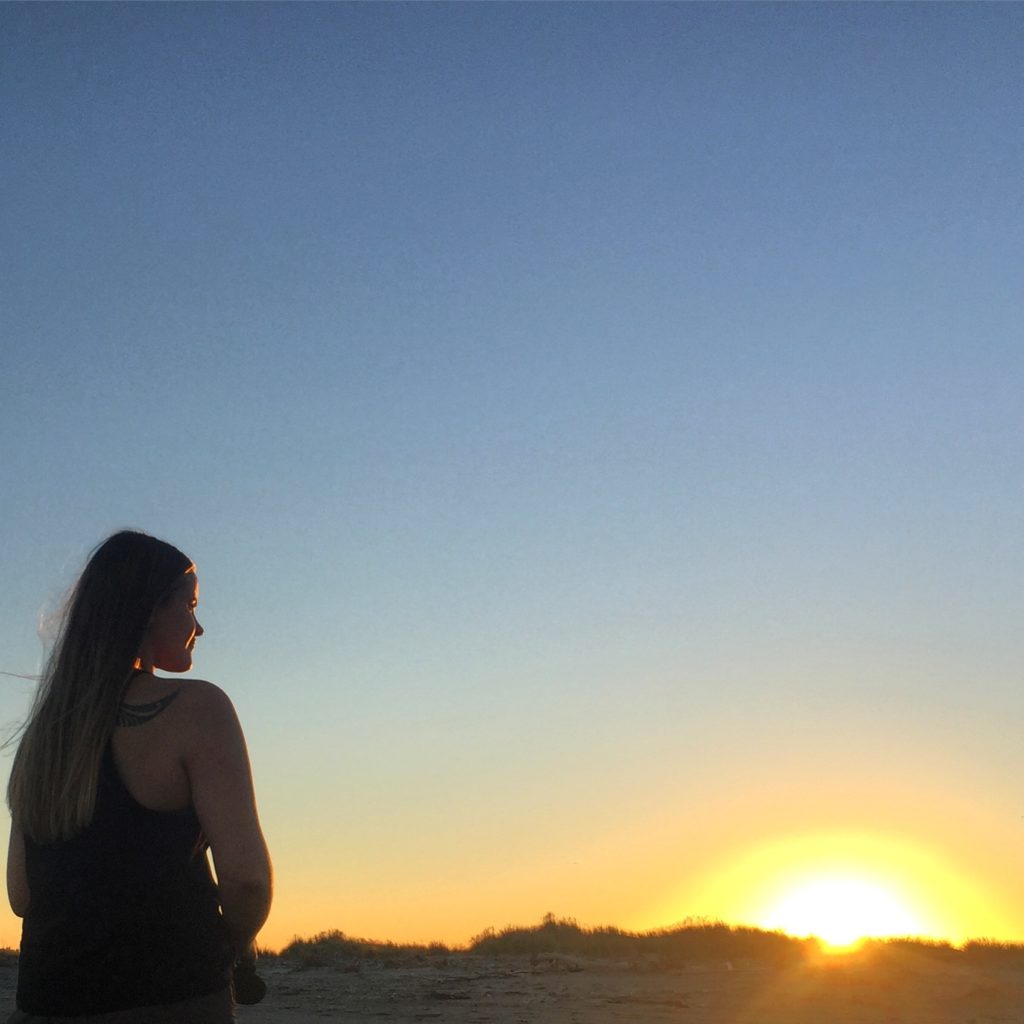 I’m a youth peer mentor at Reframe Wānanga, I will be working alongside with schools to promote our awesome workshops. I have done both teacher aiding and support work; I enjoyed both these as I could connect with new people and build new relationships, I’m looking forward to doing the same here at Reframe.

I’m originally from Ōtepoti- Dunedin, however I have claimed Ōtautahi- Christchurch as my home. I come from a large whānau, I am one of five siblings. When I’m not at Reframe I will most likely be buying new plants to add to my house plant collection or at the beach collecting shells and rocks I find on my adventures.

“When you look at a field of dandelions, you can either see a hundred weeds, or a thousand wishes.” 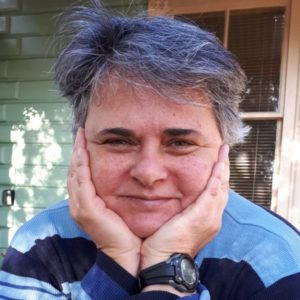 Ko Annie toku ingoa. I’m Annie and I’m part of the service design group that set Reframe Wananga up. You might also see me at Reframe Wananga’s sister service: the adult recovery college at Barnett House Recovery Centre which is also part of Stepping Stone Trust.

My passion for mental health and emotional wellbeing comes from my own journey as someone who has experienced trauma, and, also, as someone diagnosed post-childhood as autistic.

I’ve been involved in peer work for over 30 years. I have also worked for the government on health projects including the setting up of the Like Minds, Like Mine anti-discrimination project. I am the Peer Practice Manager at Stepping Stone Trust and Co-ordinator of Barnett House Recovery Centre.

When I’m not at Stepping Stone Trust, I am usually to be found hanging out with my friends who are on the same wellbeing journey as me or searching for my favourite bird – the kea.

I’m new to Reframe Wānanga and will be co-facilitating workshops. I’m very passionate about mental health and have my own lived experiences with mental health.

I will be studying next year towards my level four in mental health and addiction and am really excited about that.

I am very friendly, caring and always there to help. I believe being mindful is a very useful tool for handling your mental health and practicing mindfulness can help you relax and identify what you are feeling in your body at that time. I practice mindfulness a lot and find it helps me a lot with managing my emotions and anxiety I’ve also found being outdoors and getting your hands in the dirt and soil or even taking your dogs for walks can really help you with your mental health and would love to start a workshop for gardening/horticulture. 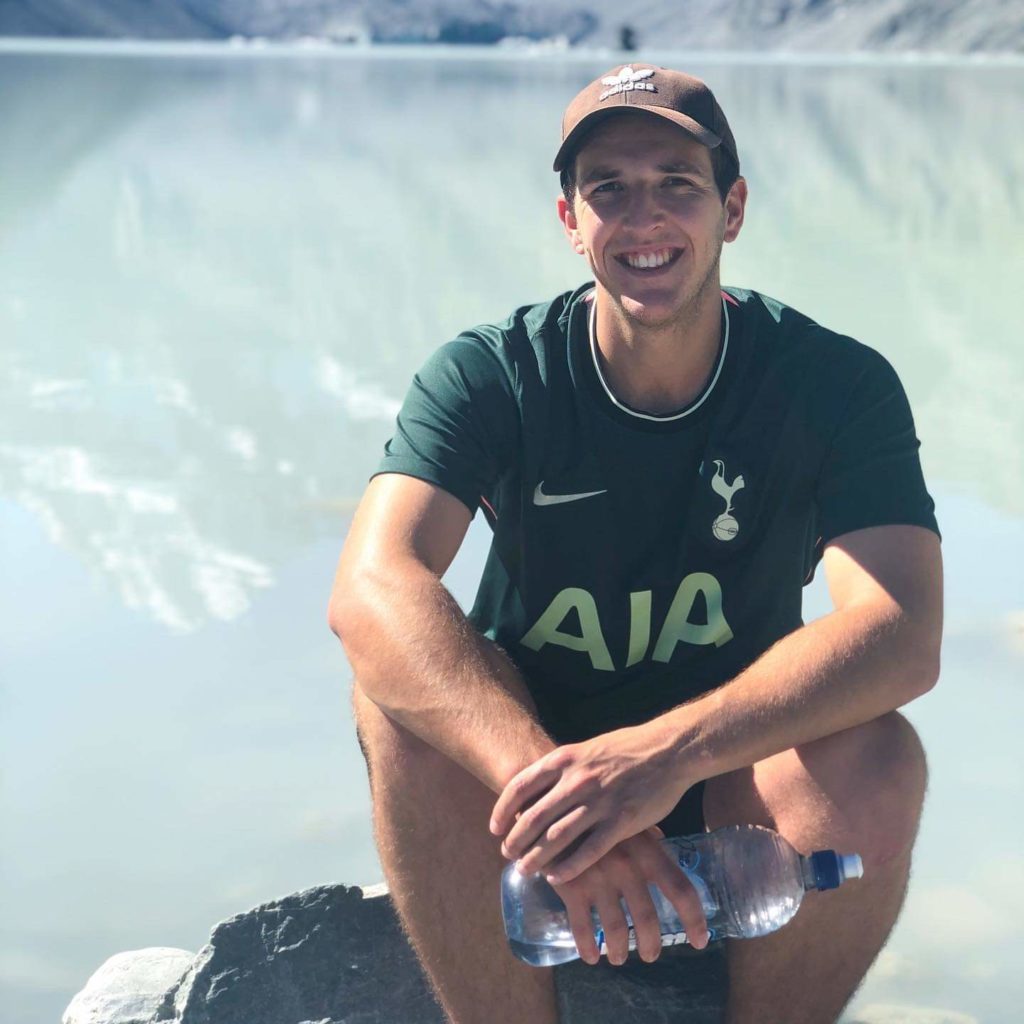 I grew up in Ōtautahi- Christchurch and spent some time studying in Ōtepoti- Dunedin before continuing my study back home where I live currently. While I am taking a break from my studies, I have joined the wonderful team at Reframe Wananga where I have helped facilitate some of the courses and met some of the incredible people who have attended. I love to have a good laugh and nothing is too weird for me, so feel free to be your weirdest self.

Outside of work I love music, animals, gaming, movies, sport, and most of all food! Although, I love to give everything a try at least once and love hearing other people speak about their own passion/interests as well! Hopefully we can have a chat together at one of our courses sometime soon! 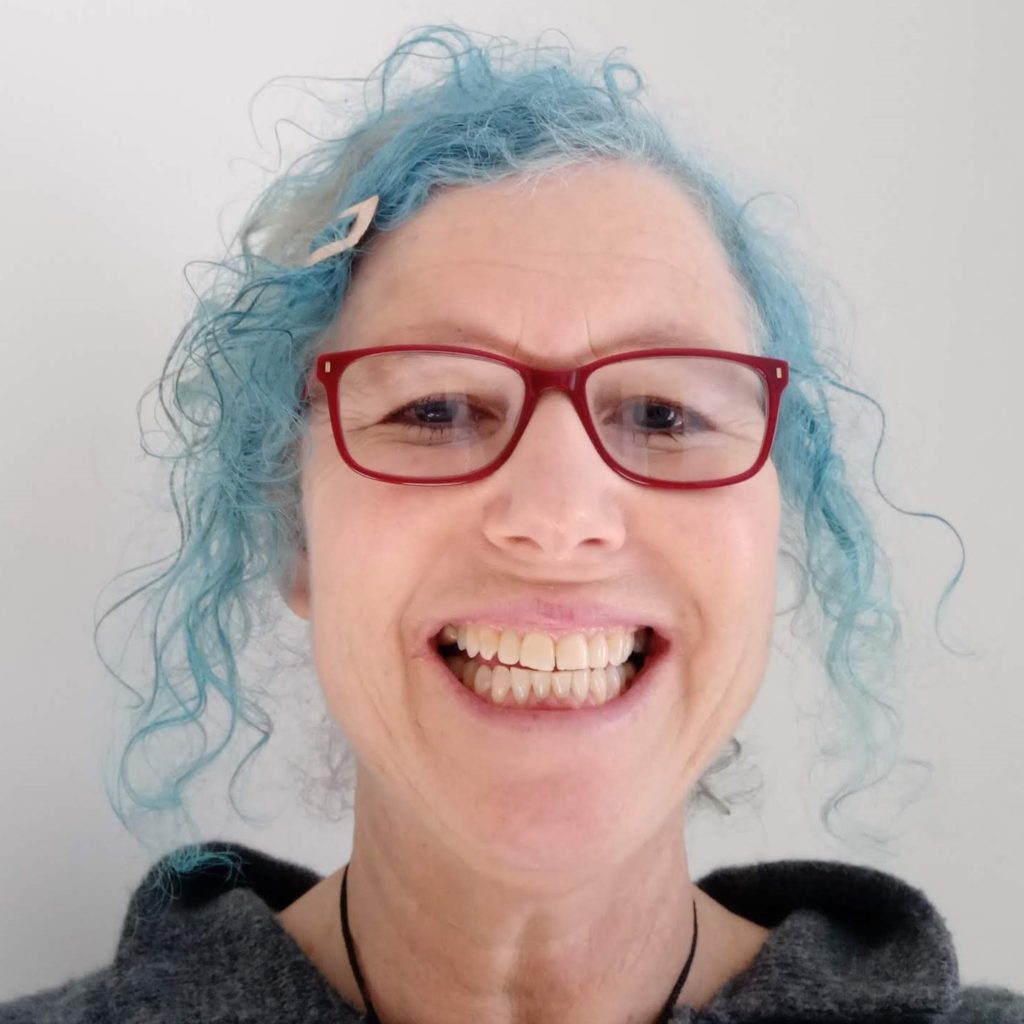 I’m a born again creative, having lost my way for a decade or so, first in academia and then working in the mental health system. Following several break downs and burn outs, I found my way to Wellington art school The Learning Connexion. And thanks to a scholarship I’m becoming happily creative again as I complete (by distance) a Diploma in Creativity and Art.

Alongside my journey learning the creative process and exploring drawing and making jewellery (among other things) I’ve been sharing my enthusiasm for finding wellness through art with participants at Stepping Stone Trust’s Recovery College. I’ve discovered there is something extremely peaceful, connecting and satisfying spending a couple of hours learning and ‘making’ in the company of others doing the same thing. 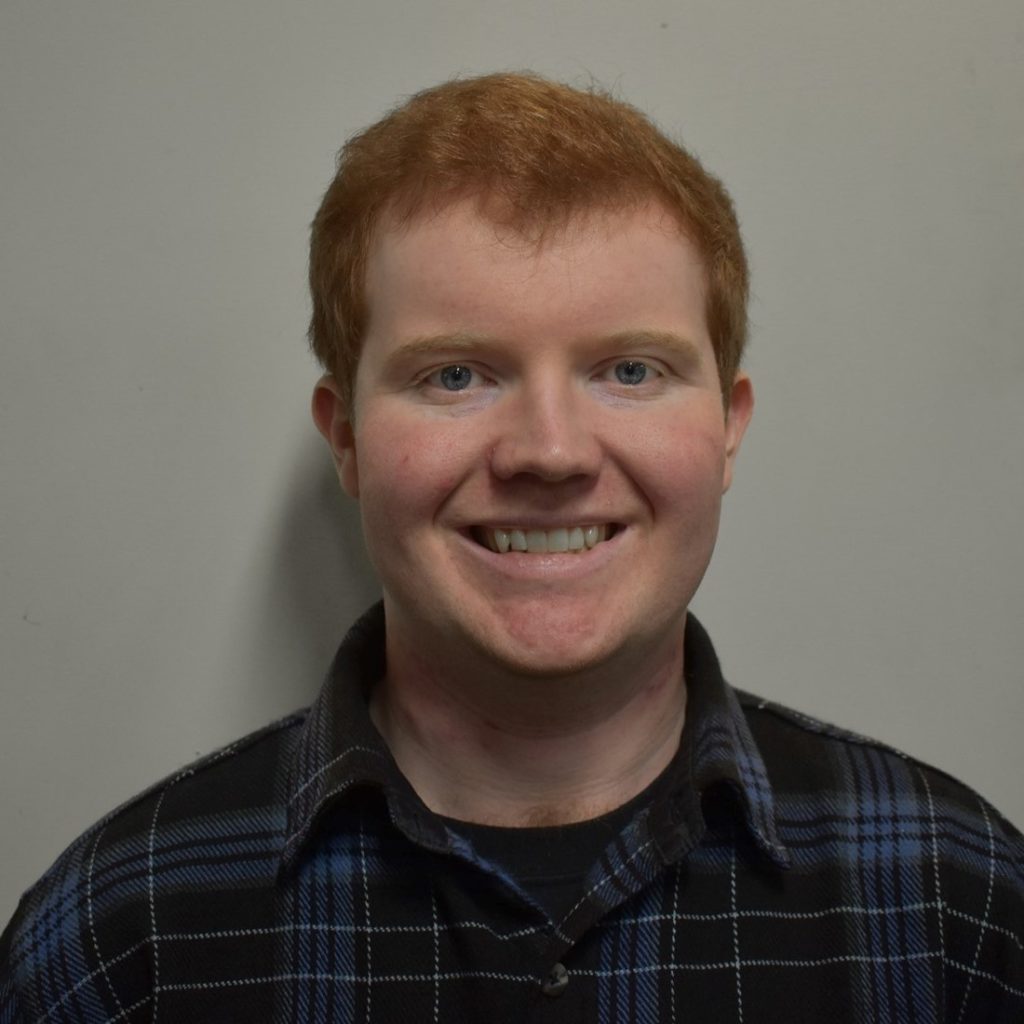 I’m a new member of the team where I will be co-facilitating courses at Reframe Wānanga. I too have lived experiences with mental health throughout my life.

I’m on the spectrum with Aspergers’ syndrome which I learned about when I was thirteen years old. My biggest passion in my life is film-making, where since 2015 I have made short films (and continuing), with a large number of them having a mental health related theme.

I’m interested in using film as a beneficial form to help mental health in general, as film has played a surprising role in every now and again during my lived experience.

“the only way to get rind of my fears is to make films about them.”